A Ritual for Women to Own Our Shadows and Power 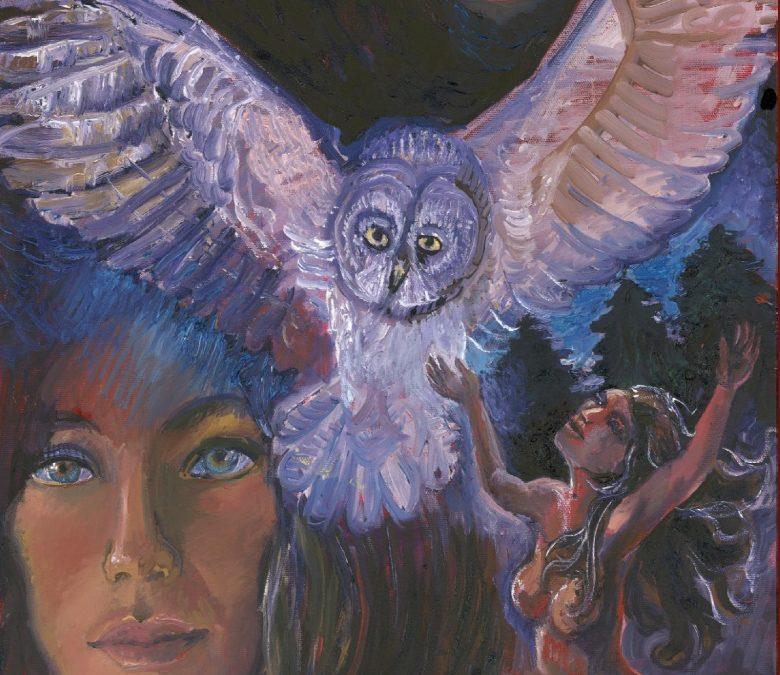 Robert Johnson states in Owning Your Own Shadow that some of the pure gold of our personality is relegated to the shadow because it can find no place in that great leveling process that is culture.  For women, this seems to be especially true. How about owning our shadows and therefore owning our power.

The definition of what is viewed as acceptable female behavior is so restrictive—the boxes we force ourselves into so tiny—that we must send most of ourselves away. Because use of the more “powerful” parts of our personalities may feel dangerous or threatening, women will, quite often, hide them within the protective shelter of their shadows. Unfortunately, these can include her strength, her intellect, her wisdom, and her intuition.

Because we women feel inclined to keep ourselves “small,” we carry large shadows. Because we are afraid to own the contents of our shadows, we cannot become whole. Because we do not own them, they possess us.

What we fear, and therefore deny or repress, becomes our shadow. One of the largest misconceptions still pervading the Western world is that our shadows possess only “negative” things; that the shadow is necessarily evil.

The shadow, so often perceived as evil, demonic, or frightening, is, in fact, merely an absence of light. What we refer to as our “dark side” is only that which we do not let others see; what we do not wish to acknowledge about ourselves.

Our shadows—those disowned parts of ourselves that fill the air surrounding us—are comprised merely of the things we perceive to be or have been (both directly and indirectly) taught are unacceptable, threatening. That does not mean they are necessarily bad; they could just as easily be positive things. Quite often, the most vital, interesting, the very essence of a person is banished to her darkness.

Energy will…must…move. What is pushed down and rejected—denied—will go somewhere. “Unless we do conscious work on it, the shadow is almost always projected; that is, it is neatly laid on someone or something else so we do not have to take responsibility for it”(Johnson 7).

Since shadows are the driving force behind projections—the things which allow us to place blame, and thereby not take responsibility or be moved to action—they are the perfect tool for any oppressor.

A woman who is afraid of her own power will hate a powerful woman. A woman who has pushed down her intellect will be jealous of a woman who displays hers. To keep our own power dead, we need to kill the power in each other. This takes up our time, uses all our energy—keeps us eternally busy.

A common theme in what remains of the myths and stories of the Goddess is that of a female character making a descent into the underworld. There she meets a “dark sister” whom she must assimilate. Indeed, many feminist scholars have suggested that the “female quest” is an inward journey—a trip through the labyrinthine course of the soul.

Psychological health is only possible through the integration of the many parts of the self. It is in the journey through her own “underworld” that a woman meets her unaccepted selves and begins to integrate them.

Below is a ritual to help you get to know and integrate your own shadow.

Ritual of the Golden Shadow

Who is locked up in your shadow? You can easily find out by looking at what you don’t like in other women who “push your buttons.” Make a list of those buttons. If you want to be creative, you can draw them as buttons and color them, cut them out, and hang them up. However you want to interact with your own buttons is your choice. These are your buttons, no one else’s. What are those buttons telling you about you?

Slowly, by owning them as your own, you will remove the buttons one by one. Soon, there are none left to push. New ones will surely appear. Notice them and look at them. What do they want? What are they trying to tell you about you? This is your shadow material.

Your shadow is a rich garden of information for you. Let it shine. Polish it golden. Let it be reflective rather than absorbent. Let it come out and play. 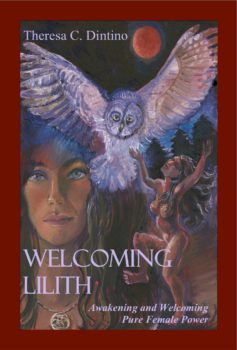 The above is excerpted from the book, Welcoming Lilith: Awakening and Welcoming Pure Female Power by Theresa C. Dintino.

Robert A. Johnson, Owning Your Own Shadow. HarperSanFrancisco, 1991. 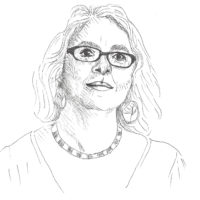 Theresa C. Dintino is the author of eight books and serves as a guide and spiritual mentor to many. While attempting to reclaim and restore her ancestral medicine lineage, the Italian Strega tradition, Dintino was surprised to be “claimed” by the West African Dagara tradition of stick divination. Honored by this invitation, Dintino pursued it, and in 2011 was initiated into this potent form of divination. Besides her family and daughter, this turned out to be the greatest gift of her life.

Stick divination helped Dintino find her way back to her own lineage and enables her to help others find and restore theirs. This beautiful practice of Dagara stick divination continues to offer countless gifts. In multiple divination sessions, Dintino was taught about the spiritual membranes that protect, nurture, and inform lifesystems.