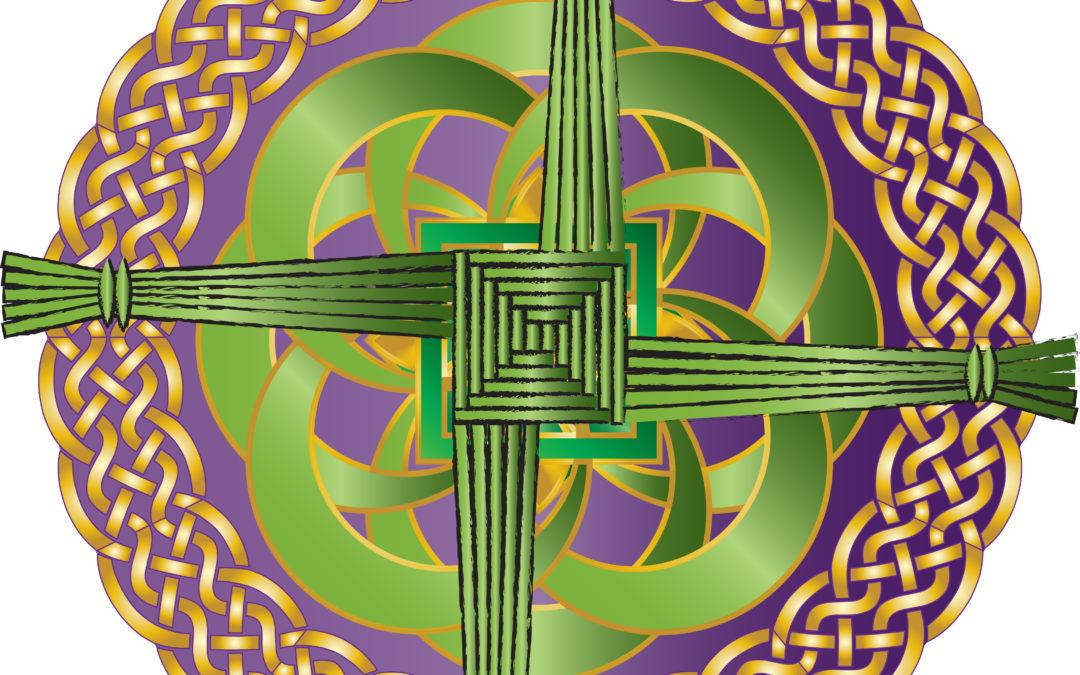 In a stick divination I was told that my Celtic ancestors knew how to record and retrieve stories from the stones, using the help of Grandmother Moon. My ancestors also worked very intimately with Brigid. Now it was time for me to learn as well.

In this same divination I was told by the wedeme (elemental beings of the wild) that Brigid had a story to share with me. Retrieving and sharing the story would not only help the Goddess, but it would also help my  four-year-old son. She wanted me to record and share this story with him.

The stones were speaking to me. Not in an audible way, I couldn’t hear a voice, but a stream of images filled my mind. “It is really working!” I thought to myself. I should be used to it by now, but the magic and potency of ritual and the otherworld keeps me in a state of childlike wonder and awe. I sat next to the small pile of multi-colored river rocks in my backyard under the dark sky of a new moon. The pile of rocks stacked to resemble a cave, I had been tending for two full moon cycles, making offerings of water, whiskey, vodka and hibiscus tea regularly.

Inside the rock cave sat a bowl of water. This cave that the wedeme guided me to create, serves as a resting place for the Goddess Brigid. It is here that I continue to make offerings and lovingly tend to her. It is here where I asked her to share her story with me. “Brigid, please infuse your story into these stones, so I may retrieve it and read it to my child.”

The following story, which I now read quite regularly to my son, is what came through on that dark moonless night, as I tapped into my great ancestral wisdom.

Once upon a time,

there was a young maiden who was walking deep in a wood. It was on a snowy winter’s evening, just before dark. She began to hear a sound echo through the land. It started low and began to get louder and louder, the farther west that she walked. Eventually, the sound became so loud that she could no longer ignore it. It was the sound of a baby crying.

The crying led the young maiden to the opening of a dark cave. Although she felt frightened, the maiden bravely entered the cave, hoping she would find the baby. As she walked down the dark tunnel, drops of water fell upon her head. Suddenly, she heard loud screeching noises and could feel a colony of bats flying past her. She began to feel so frightened she was ready to turn around and run out of the cave, but the crying baby was now so close she could not give up.

After a few more steps, she saw a flickering light in the distance. She could feel the warm air wafting down the tunnel towards her, inviting her in. At the end of the tunnel, the cave opened up to a large space that sat empty. There was no baby there, just a big blazing fire welcoming the young maiden in. It felt peaceful and safe. The maiden warmed her hands over the fire and gazed into the flames, curious who had built this intended fire in the first place. As she gazed into the flames a Goddess appeared to her, wearing flowers in her hair and a white dress. She told the maiden her name was Brigid and that she protects all the babies in the land, keeping them safe and healthy. The beautiful Goddess Brigid kissed the young maiden on her head and quickly disappeared.

The girl was in awe, amazed by her experience and began to cry tears of happiness. She eventually left the cave that night, but continued to visit regularly, leaving offerings of food, flowers, milk and honey for the Goddess. Every time she visited the cave, the fire was always burning brightly.

She continued to do this for many years. As a result, no child in her village ever grew ill or was harmed, as Brigid watched over them all.

One day, when the maiden was soon to be a mother herself, she visited the cave with a special offering of freshly baked bread. On this special day, Brigid appeared again, as she had many years before. She lay her hand on the mother’s belly and kissed her forehead gently, blessing the baby growing inside of her.

Soon, the baby was ready to be born and had a most gentle and easeful journey into this world. Everyone who met the baby had the most peaceful feeling upon being in her presence and experienced great joy in their hearts. The mother named her baby Brigid, for she knew her child was the Goddess herself, in a human body. Her whole life, this dear child, Brigid, cared for children and mothers throughout the land. She was known all over the world for blessing children and keeping them safe.

May Brigid always be with you, sweet one. 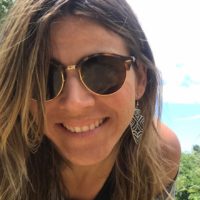 Amy Tanzman Palmer is an initiated stick diviner in the Dagara tradition as well as a highly skilled healer. As a reiki master, she has 20 years experience in the healing arts, focusing on therapeutic bodywork, energetic rebalancing and Ayurvedic medicine.

She loves fairies, gnomes, elves, witches, the Earth and being a mother. She is dedicated to serving Gaia and practicing her medicine with a pure heart and a white belly. contact Amy at amytanzman at gmail.com