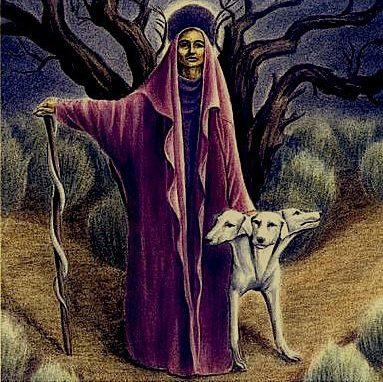 Crossroads rituals are often prescribed in divination.* Classically it is when a person is approaching or anticipating a change in their life, or holding a question about making a change. They are told to go, either at dawn or dusk, to a crossroads and leave a quarter, asking the Spirit of the Crossroads to “guide me safely through these crossroads.” They deposit the quarter in the middle of the crossroads and do not look back.

This ritual can have many variations.

Recently, I found some interesting Italian crossroads rituals in the book, Italian-American Folktales collected by Catherine Harris Ainsworth in Buffalo N.Y. in 1977. One tale reveals how the shepherd “would station his flock in the middle of the crossroads” for protection from the “perils of hungry wolves, thieves or severe weather.” Another tells of the mother of a sick newborn child burning pieces of the baby’s clothing at the crossroads at midnight to help the baby gain weight. In Italy, crossroads are often associated with the Goddess Diana or offerings are left more generally to the Lares Compitales, (Spirits of the Crossroads).

In many of these life changing transitional times, a journey to the underworld is being made or offered. Who better to guide us than she who knows the way through this healing terrain? Underworld journeys are often necessary at crossroads moments. We want to be sure we have well integrated any or all “shadow” components as we move through important transitions.

Hecate, like many powerful Goddesses, has been demonized and made into a “wrathful hag” but that is not the truth of who she is. She is indeed wise and embodies the Crone as part of her trinity but that is not the reason why we invoke her at the crossroads. The reason why we invoke Hecate at the crossroads is because she can see far and so guide us safely to where she can see we need to be. It is Hecate’s vision we are asking for when we offer her the quarter (or whatever else we are told to offer her), for she is a seer. We are literally asking her to guide us because she can see things that we cannot, though they may be “right in front of our faces.”

Transitional thresholds should not be minimized. Change of job, moving homes, transition into adulthood, into elderhood, relational crossroads—all are potent times to be respected and often good times to ask for spiritual guidance from whomever you feel can lead you through safely.

Agonizing over a decision is another useful time to go to the crossroads with your quarter. It then becomes, in part, a ritual of surrender—allowing your intuitive side to open to listening, receiving, thereby ceasing the intellectual “spin” in your head.

Just as the crossroads have long been viewed as powerful locations on the Earth, the crossroads of our lives are equally powerful points in our trajectories. Though transition can be difficult, it also has the potential to lead us somewhere we have been trying to go and have not been able to. We need help and guidance to get there.

Asking for help is important. It is always there for us but it is indeed incumbent upon us to ask.

I would advise to take as much time as you need with your quarter, perhaps sleeping with it under your pillow, meditating with it, getting comfortable with your request before heading out. Choose your crossroads wisely, they can be automobile intersections—not too busy as you need to be able to go to the center and drop the quarter safely, yet sufficient “traffic” to constitute a true crossroads. The crossroads used can be a bicycle or walking trail as well. Anywhere where at least three paths intersect with traffic of some kind crossing over them daily.

If you feel inclined to make more of an offering to the Spirit of the Crossroads than the quarter (food, tobacco or spirits, surrounded by a circle of wood ash if you have it), this can be made in another location near the crossroads or at your home. Remember to deposit your quarter with intention, uttering the phrase, “Spirit of the Crossroads (Hecate, Diana, entity of your choice) guide me safely through these crossroads.”

Walk away. Do not look back.

* I first learned about the Crossroads rituals from my original mentor in the Dagara Tradition. 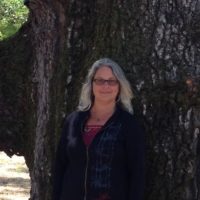