Juice up your Spiritual Journey with this fabulous duo!

This Genuine Copper and Amethyst Lotus Bracelet is a symbol of your commitment to your own spirit path. Whatever that is for you, however you wish to embody and embrace it, we offer you this bracelet as a way to honor and protect it.

This bracelet has been activated on the Shrine of the Sacred Female for three consecutive nights.

Strega Tree Apothecary’s Auric Shield Spray offers psychic protection as it cleans, refreshes and boosts your aura as you move though your days.

Click on links above to learn more about each product.

Every woman’s spiritual journey is different. The one thing that is the same is that it is a woman’s journey. 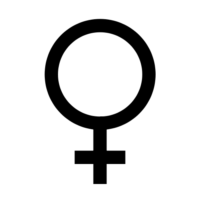 Barbara G. Walker tells us that copper is the metal of women, associated with Venus because copper was sacred to the Goddess ever since her major shrine was located in Cyprus, the isle of copper. The alchemical symbol for copper is the same as the symbol for Venus the planet of life, love and sexuality. The word Veneration used to mean “the worship of Venus.” 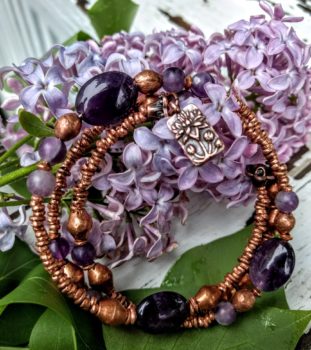 The lotus is the symbol of the womb of nature, the golden lotus that existed before creation and gave birth to all creation. It is the cosmic Yoni, the flower of life. (from: The Woman’s Dictionary of Symbols and Sacred Objectsby Barbara G. Walker)

Amethyst is the stone of spirituality and contentment. It facilitates the transmutation of lower energies to higher frequencies, both spiritual and ethereal. It represents metamorphosis. (from: Love is in the Earth by Melanie)