Season of the Stars 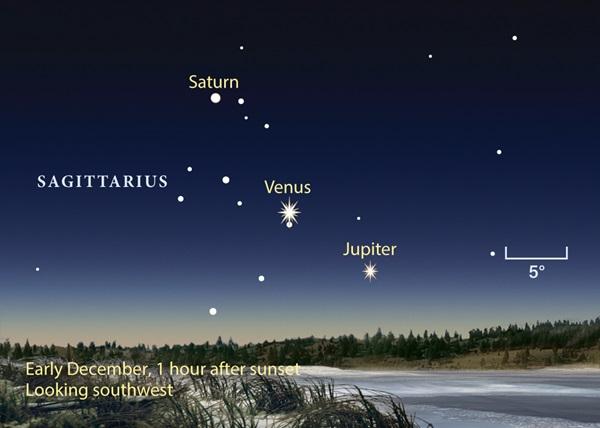 If you live in the Northern Hemisphere you surely can’t help but notice the increased presence of the stars in your daily routine. With darkness arriving at 4 or 5 pm, we simply have more dark time in our lives right now. Some stars are actually planets and are brightest this time of year

The planet Venus reaches its most brilliant on December 3 this year. Look west after sunset on a clear evening from now until January 9 and you will see it low in the sky.

Venus is often called the morning or the evening star as it is the first star to appear after sunset or last to disappear before sunrise.

Remember that, like the moon, planets do not have their own light. Rather when we see them we are seeing reflected sunlight.

As you look into the night sky and find Venus, reflect on the knowing that you are looking at a planet, the 2nd one from the sun in our own solar system. This celestial body is relatively close to us. After the moon, the closest. (Although it may be that mercury is the closest planet to the earth by some recent estimates.) At any rate, Venus is pretty close to us, celestially speaking.

There are lots of stories told about the planet Venus but how about trying to form an authentic relationship with Venus on your own? How about doing that in the same way you would get to know a new friend. Hopefully you would not only listen to the rumors and the stories told about that person, but find out who they are based on your experience of them and your relationship to them.

In this time where Venus is bright in the night sky and early enough so you don’t have to rearrange your sleep habits to see it, perhaps take some time to sit and look at it and notice what it evokes. How about trying to get to know the planet from your own experience? Sounds fun to me.

Mini Ritual : Making “Venus” Water.
While Venus is at its most brilliant in the sky, around December 3, in 2021, set out some water one evening to “capture” some of its essence. 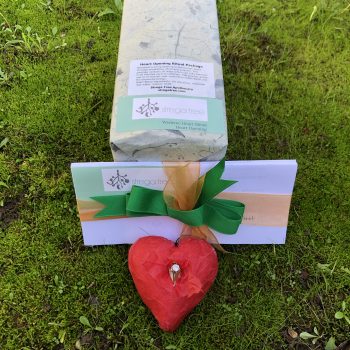 Product of the week: Heart Opening

A gift package designed to bring opening to a human heart through meditation, ritual and surprise. A healing for trauma, grief, loss and sorrow. This ritual gift package contains 10 steps which take between 5 to 30 minutes each spread over a duration of two weeks.

remember: all products are 20% off with code supplychainblues at checkout