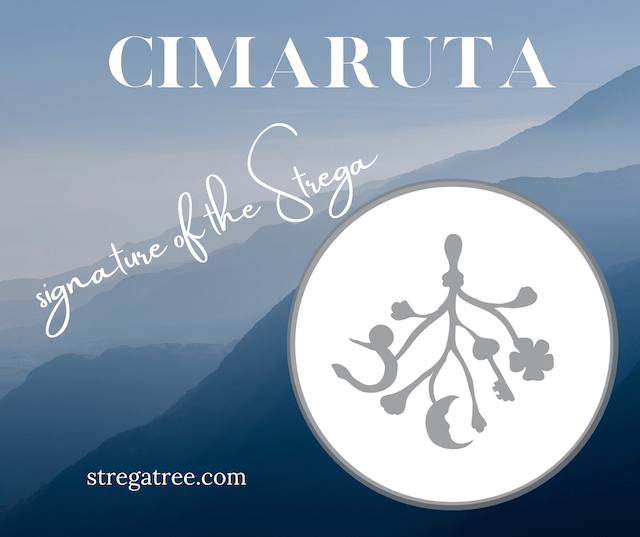 The Cimaruta is an ancient symbol and charm that represents the Streghe/Janarre (Italian medicine) lineage and is also seen to be a potent tool against the evil eye.

The symbol is a stylized sprig of the rue plant (ruta) with various charms hanging off of it, all representative of the craft in varying ways. On the Strega Tree Apothecary’s cimaruta logo hangs the moon, a key, the snake and a flower. We chose these for our logo as they represent the powers that we work with.

Theresa and Annie are a direct descendants of a Strega lineage through their great and great-great-grandmother on their father/grandfather’s Italian side This ancestress is a powerful ally in our work. All Strega Tree diviners are initiated into this lineage since they are initiated through Theresa, Annie or one of her mentees. Janarra is the deeper layer of this lineage.