Using Folktales and Puppets to do Boundary Work with Children 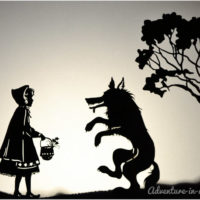 This is a follow on to my previous blog posts on Membrane/Boundary Work Parts One through Four.

I find that it is more effective with younger children to use play, stories, and games to get across key teachings rather than a cognitive approach. In part three I presented the Rope Circle Exercise version for Respecting & Supporting Other People’s Membranes/Boundaries. Then I introduced the Start/Stop exercise. These can be very effective with children.

Now I want to present storytelling. My partner and I have recently been adapting storytelling with puppets to teach children about safety and boundaries. Entertaining stories can really capture children’s attention. We have also discovered that with the puppets, if we recruit some children to act out the puppets while I tell the story and play accordion for mood music, the children in the audience are much more captivated by the story. Below are some examples of how we have adapted folktales.

For those in the area, Jerry will be at the Gravenstein Apple Fair in Sebastopol with his Puppets Saturday, August 12 at 2:30 and Sunday August 13 at 11:30.

In Little Red Riding Hood (LRRH) I insert a prologue and an epilogue to the beginning and the end of the usual story. Before the mother sends LRRH off through the woods to see grandmother, the mother has a talk with LRRH and tells her “if you have any trouble over there, there is a woodsman, who’s like a ranger, who works over by grandmother’s house and you yell really loudly and he will protect you.” So this adds a dimension to the story. The mother is acting with guidance to protect her daughter. LRRH uses mother’s advice and is saved from the wolf. At the end LRRH tells the woodsman/ranger and the grandmother what her mother had said and how she knows her job is to tell if something bad is happening.

In Three Little Pigs, the eldest little pig is the protector, who builds the strong house and, again with a prologue, tells the other two little pigs that if they have trouble if a wolf shows up they are to run to his house and get inside to safety. This works out well for them and at the end of the story in an epilogue they thank the eldest pig and affirm that they need to listen to safety advice. The eldest pig’s boundary assertion with the wolf is also played up dramatically. They sing a song together in celebration at the end, “Who’s Afraid of the Big Bad Wolf”. I invite audience children to sing along while I sing and play accordion. This emphasizes the positive ending of the story. The eldest pig praises the other two for following instructions.

In Three Billy Goats Gruff, the big billy goat gruff is the protector. In a prologue, he tells the other two billy goats about the troll and how they should deal with the troll. They follow his instructions and thereby are kept safe. Then at the end in the high pasture, after the troll is dealt with, they dance and frolic together while I play accordion background music and the Big billy goat gruff praises the other two for getting it right and doing what he told them to do.

In Brownie The Bear a little bear is captured by people and tied up to await being sent to the zoo, while the mother bear is off hunting. But in a prologue, the mother bear had told little bear what to do if trouble arises. He does that by yelling, bringing little owl and then mother owl that flies to get mother bear and brother raccoon, who save the day. Then the mother bear praises little bear for following her instructions.

In Bremen Town Musicians, the donkey is the leader and he leads the dog, cat and rooster on the journey, encourages them and gives them affirming messages which helps them feel like a team and operate more effectively when they encounter the robbers.

These five stories are good examples. There are plenty more and I have witnessed children make up their own stories around these themes as well, which is a beautiful step of integration of the concepts, and wonderful to watch their inventiveness. 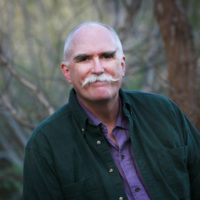 About the author – I hold a masters in public health education from UC Berkeley and a masters in counseling psychology from California Institute of Integral Studies. I’ve been a licensed Marriage & Family Therapist since 1991, and am certified in Somatic Experiencing. I began my medicine man training in my first vision quest in 1973. I was initiated as a medicine man under the training and supervision of Theresa Dintino. I studied Aikido for 30 years and received 3 black belts. I live and practice in Oregon and Sebastopol, and enjoy playing music, tending our apple orchard, and spending time with my two wonderful children.